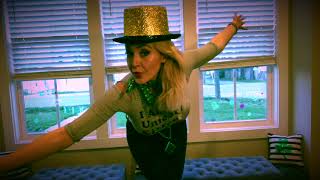 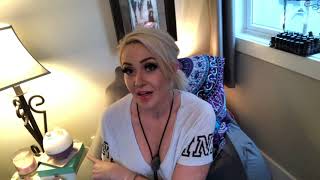 So to start, I guess it’s been a while since I decided to have an official blog. I am on an airplane, in first class- seat 3D, and I just spilled my Starbucks “Venti- double- dirty- soy- chai- tea- vanilla-latte” all over the passenger in the aisle seat next to me. Awkward. Hahah so now it’s time to pull out my computer and act professional. I have a bag of melted jr. mints in a bag next to me, and I’ve been going to town on sugar today… knowing that when I get home it’s back to the ultra strict keto diet. I mostly want to give up sugar so that my teeth feel better.

What to write next. Something interesting I hope? Well, I had a fun weekend with the boys of my family! It was my dad, my uncle sam, and cousin dan… I was basically the only girl on what would otherwise be known as “a guys weekend!” I spent a lot of time laughing at them pranking/chirping each other. They aimed a few slingers at me, and I doubled back…in many ways. I guess that’s why I am usually the only girl with the guys.

I’ve learned to get ready fast, pack food, and shower before they use the restrooms! Hahah! The ultimate prank occurred Saturday night… and it’s a bit too gritty for print, but I'll just say I now have a six pack from laughing so hard. My Abb muscles still burn. Hahaha (Hint: It does involve ____ cookies, a plumbers crack, and a very aware, and angry uncle Sam the next morning.

My hubby/hot-man-candy, Ty, had to coach hockey - and couldn’t join me in Pullman for the weekend. So I roomed with my dad, and he volunteered to chauffeured me around while I did media for my newly released “Coug Song” titled “CLAWS ARE OUT.” In every radio/TV segment I shared how I was inspired to write and record the song for my little brother Lucas, and donate the proceeds to endowment in his name that will benefit a walk-on next year.

I’ll just say that watching him on the field is incredible. I get goosebumps and tears in my eyes because I known his journey. His struggle, and most importantly his heart. He’s worked so hard, faced so many challenges and now that he’s where he is.. he still remains one of the kindest, most humble human beings I've ever met and watching him share his gift

Where was I? Oh right…Back to kickoff. So, I was happy to see that there were kids on the club level, and grateful that I happened to be seated next to Washingtons most adorable! I played with the two little boys sitting next to me which was a relief because “coloring” seemed to take away the underlying anxiety I have every time I watch my brother take a hit. I always wish for a coug win, but I triple wish that all the players go home safe and healthy regardless of the score.

When I told the little boys that the quarterback “number 4” “Luke Falk” was my brother. The youngest who is nearly four responded “Luke Falk is a little brother?” Hahah I couldn’t help but “A.L.O.L”

Those little friends I made were hilarious, and I especially loved their dance breaks! I got permission from their dad to film them because I still can’t quite describe how freaking cute it was! Ya just gotta see it!

We’re hitting a lot of turbulence now, and I always find it fun…though not everyone seated feels the same way! Maybe it’s just because I grew up with my mom working as a flight attendant? I just always compared it to a ride at Disney land, only it’s more exhilarating because it reminds me I'm alive.

Now… time to plan my next adventure, and return my plane agenda.

#3. Write Thank you notes to all the amazing ppl who have donated to the endowment!

-For those who would like to donate in addition to the song purchase you can visit our go fund me, or FB fundraiser page! (Links are posted below!!)

Have a fabulous week, and think happy thoughts!

Much love and light!